DIGITIZING TIME – who remembers clocking in with their timecard?! 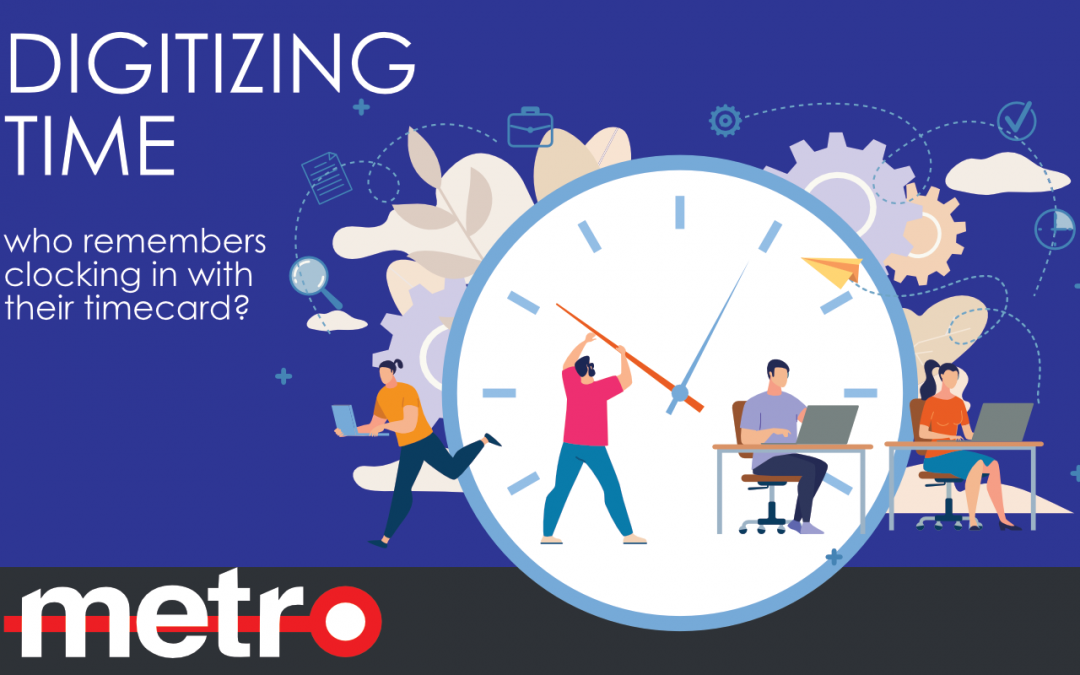 I remember, many years ago, in my first job in Retail, the timecard!  Standing patiently in a queue waiting to get my timecard stamped, wishing the queue would move faster, else I was going to be late.

In those days, there was no minimum wage, no working time directives, and as a student at 16 I could work as many hours as I wanted, or the business could afford (after all, I was cheap labour!). Then one day, along came T&A, a more, or so it seemed at the time, effective way of clocking in and out!  Let’s catch those that were cheating the system!

The reality, however, was the exposure of a lot of good will, and potential overtime payments!  The business cost of maintaining those clocks, calibrating them and the sheer panic across the business when they failed are still current memories.

For many businesses, T&A became shunned, it was expensive to maintain, outlets still maintained paper records because the system could not trusted, and the line of locker room loiterers waiting to clock out bang on time (even thought they had their coats on for some time prior) grew.  It was system play at its worst.

Unfortunately, for today’s legislation, HMRC does not trust paper, and has rules that implicitly impact minimum wage and the working time directives.  Today, each employee’s working time, MUST be captured to the single minute and for that to be proven. Two minutes extra time, can impact wages and working time directives, so how can this be achieved using legacy systems and or pieces of paper?

At RMS we knew that traditional clocking systems were no longer viable.  We also knew that for digitalisation to be achieved it had to be was easy for the employee and personnel teams to use them, and we knew that the rules, legislation and reporting for HRMC had to be spot on.  Metro Time is the platform we developed through the hard earned experience above, available as a Web or Mobile app, giving employees the ability to easily say ‘ I am here working’ and ‘ I am going home, supporting breaks, knowing about shifts, knowing about absences and treating the person like a human being.

We have seen many businesses utilise Metro Time, initially, just to understand their employees actual working patterns and habits.  Visualise the potential impact of such a system, from potential increase costs due to good will, visualising the actual working patterns (as opposed to a schedule – we all know that plans are created to meet the business rules/expectations, but reality is another thing), and to have concrete evidence of the truth, often before using such data and solutions to drive and optimise timesheets.

Others have implemented Metro T&A end to end, using Metro Time to fully digitalise the timesheet function, with all the rules, exceptions and reporting required, to make the process as seamless and simple as possible.

This blog post was written by Karen Dyke, CEO of RMS – drop Karen a line directly with your thoughts and to hear more how Metro Time can help your business.